Qouch was my first mobile project, built with Appcelerator Titanium. It was meant to see if I could build apps with the knowledge I already had, which were mostly web-based languages at the time. And it turned out to be pretty successful. At the top of it’s popularity it even got featured on Lifehacker! 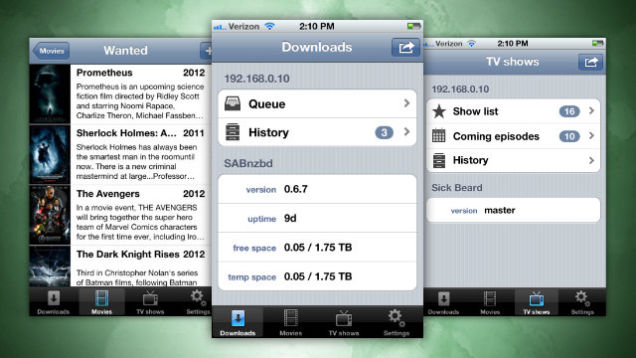 The app was initially made for iOS, and port for Android followed not long after, but it had only a subset of the features the iOS version had. Because I’ve dropped Titanium development later on, I’ve never finished development on it either. But I still plan to create an improved Android version built with Xamarin.

The iOS version was eventually blocked from the App store by Apple, probably due to legal concerns. The app itself did nothing illegal, but the third-party applications it could connect with are often used for such purposes, which I presume must’ve been the reason to drop it.